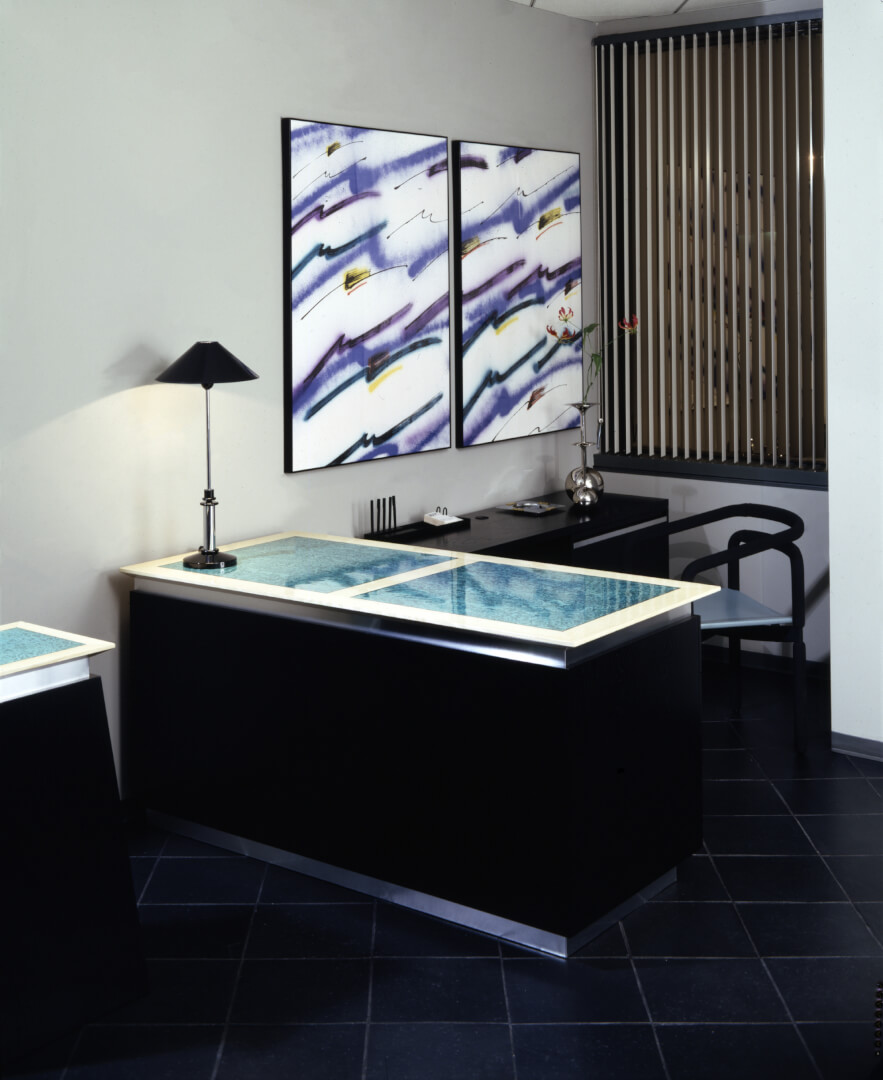 The commission came from the design firm with detailed drawings for both the reception desk and auxiliary plant stands.  The client was the previous president of NBC Fred Silverman who had opened his own production company.

I knew about some Japanese tamo ash veneer at one of my suppliers and suggested it for the turquoise-stained fields on the desk top. After finish samples were approved, the veneer became the highlight of the project. The pieces featured brushed stainless steel reveals over and under the ebonized-ash casework. 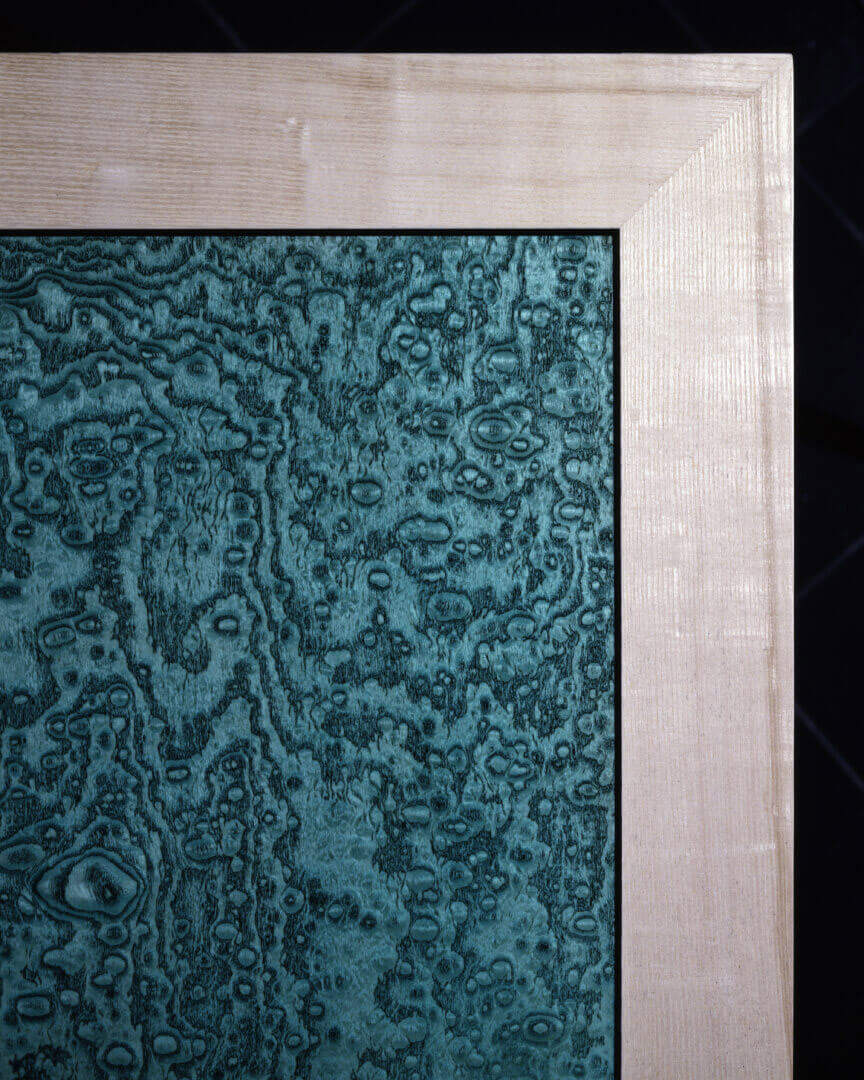 On the tops, the tamo ash was grain-filled with black, then sanded and water-stained with the turquoise color and finally coated with high-gloss.catalyzed lacquer. The fields were surrounded by a color-core laminate inlay and bleached, solid white ash.

The original sample finish board showed three alternatives to for the final finish on the desk. I was hoping for the clearest, most contrasting option and thankfully, that’s what was chosen. 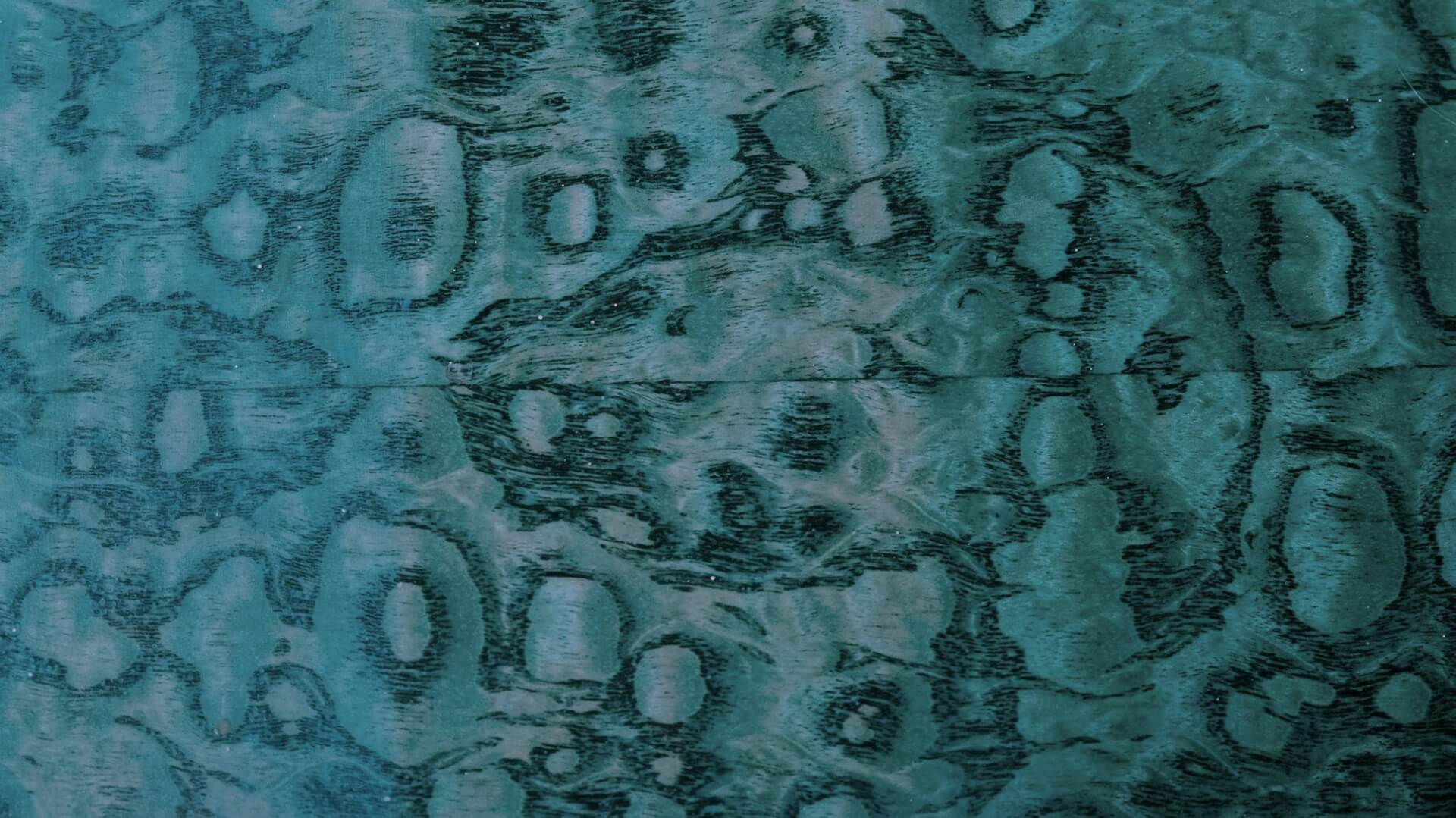