Rich came to Los Angeles in 1969 from Ohio in pursuit of a music career. A number of friends from the folk music coffeehouse circuit had re-located here, and as he visited for the first time, the mild winter climate in the LA hills convinced him to move here permanently. He bought a small bungalow in Laurel Canyon in 1972 that served as an oasis for the next 20 years.

During the seventies, he began building things out of his backyard shop for friends and acquaintances to keep the house payments up to date. Somewhere along the line, in search of someone who had a large band saw to help him with a project, he met a furniture maker in Hollywood named Robert Stevenson. Sensing a golden opportunity to learn, he began working part-time with him in his back-alley shop just off of Santa Monica Blvd. Robert worked with some of the leading designers in Los Angeles, and over the next few years Rich met some of them. In short, he began doing installations for them and then gradually started building built-ins and furniture pieces.

He worked for a number of years more out of his home shop and then opened his first commercial shop in 1980. For the next 20 years or so, he gradually built his business but worked almost exclusively for one firm he had become familiar with while working with Bob Stevenson. They were on their way to becoming one of the premier design firms in LA (Sheridan, Zimmerman & MacGillivray) and provided about 80% of Rich’s growing work schedule. Throughout the 80s and early 90s he enjoyed a steady stream of commercial  projects from William Morris Agency, Creative Artists Agency, and many residential jobs from their executives and celebrity clients. Each project provided a new learning ground and many challenged his limits.

Projects have covered a wide range of challenges involving design, engineering and construction,  which have contributed to a rather unique cache of experience and knowledge. Working with designers or individual clients, the objective was always to build the highest quality, functionally efficient, and aesthetically pleasing pieces that he was capable of building.

Most very project Rich has ever undertaken has taught some sort of lesson…the past forty-five years have served to create a modest wealth of information that can inform any new project. As Rich likes to say, “I guess I’ve made most of the mistakes one can when making things of wood, and though I’m sure I’ll find a few more in the years to come, most of them are behind me”. These days, schedules are limited to just a few commissions each year (the more demanding the better), but the dedication to fine craftsmanship continues.

In the early 90’s my father and mother moved to California to be near their grand-daughters. Dad began joining me in the shop where I took advantage of his 60 plus year career as a machinist and we co-developed a woodworking tool idea of mine called Micro Fence. It incorporated micrometer measurement in a wood-working router edge guide to provide measurement capability. I’d been frustrated by the guides offered by the various router manufacturers and we put our heads together to design a better solution. You can see the results at www.microfence.com.  For the next twenty-some years, Micro Fence has taken most of my attention, but there’s always been time for a few interesting commissions.

The following excerpt is from an article by Robert Ingham, Furniture and Cabinet Making Magazine, London, England  2004:

“Richard Wedler, who developed the Micro Fence system, has a custom furniture-making business in North Hollywood! Yes, this is the Hollywood of movie stars and film-making and as you would expect, Richard has a list of celebrities on his database. But he went to California initially to explore the potential for his other passion, music. He played guitar and sang with music groups in the evenings
and worked with the cabinetmaker, Robert Stevenson, during the day. Although Rich, as he is known, still enjoys making music, he has enjoyed greater success making furniture, and when show biz failed to provide the standard of living he had anticipated, he decided to set up his own workshop. I have not yet visited his shop, but with a floor space of 2,600 square feet it is no factory, so most of the time Rich works on his own. I found it fascinating to learn that he had a background in precision engineering.* The creative potential in engineering that someone has when entering this field of expertise can be limited to the equipment used in the processes. The outcome seems to be predictable. As your knowledge and skill in using the equipment grows the design and creative potential becomes more apparent, and this is what I feel happened to Rich. When he began to experience the frustrations of using woodworking machines like the router, he brought his engineering knowledge to bear on the problems and developed the Micro Fence.” 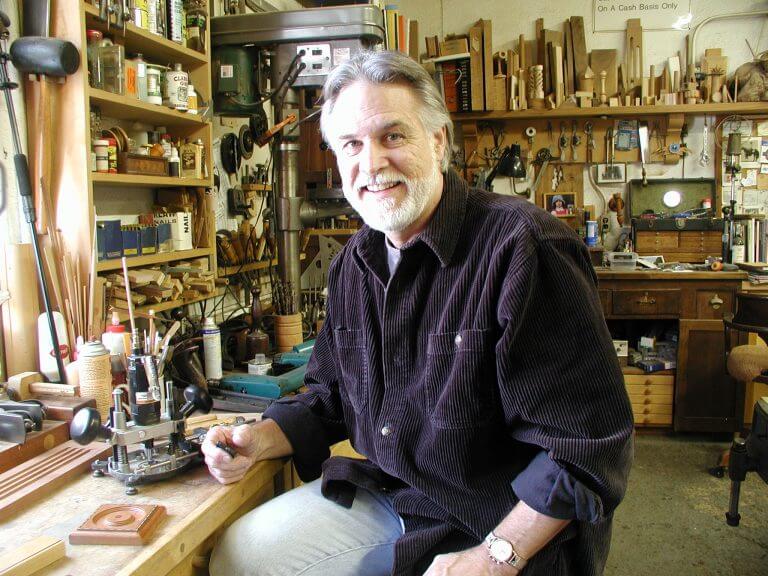 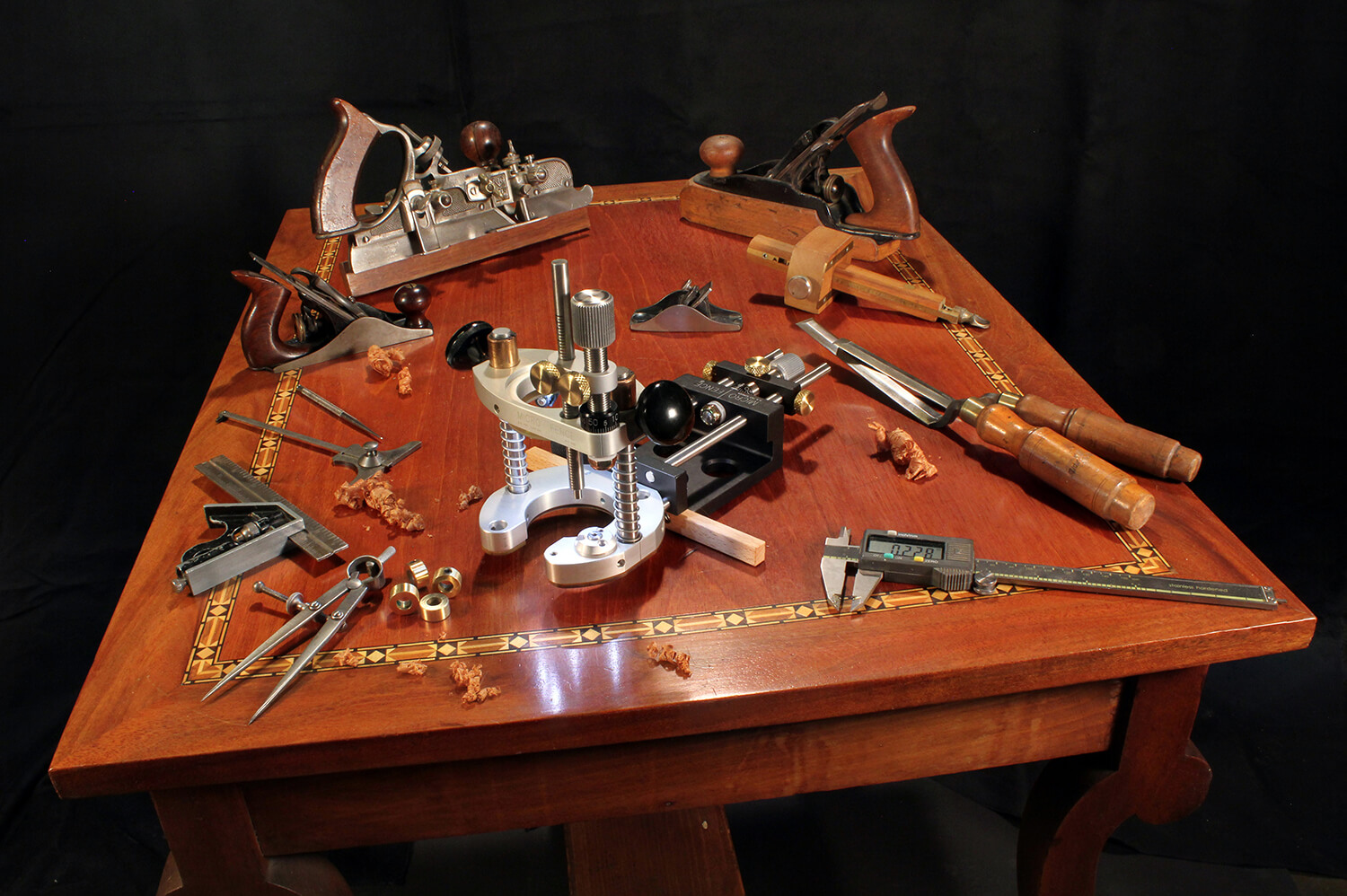 Visit the website for the The Micro Fence System at www.MIcroFence.com